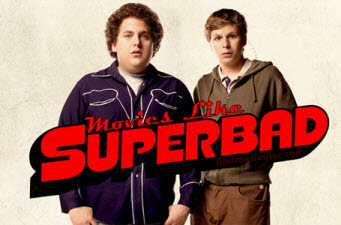 Superbad is a 2007 American comedy film directed by Greg Mottola and starring Jonah Hill and Michael Cera. Two co-dependent high school seniors are forced to deal with separation anxiety after their plan to stage a booze-soaked party goes awry. If you like watching teen comedy movies like Superbad then check out this list of recommendations for more movies similar to it below.

For fun loving party animal Ben Stone, the last thing he ever expected was for his one night stand to show up on his doorstep eight weeks later to tell him she's pregnant.

Scary Movie 2 is a 2001 parody film. The story is about Four teens who are tricked by their professor into visiting a haunted house for a school project.

Goaded by his buddies, a nerdy guy who's never "done the deed" only finds the pressure mounting when he meets a single mother.

Three friends attempt to recapture their glory days by opening up a fraternity near their alma mater.