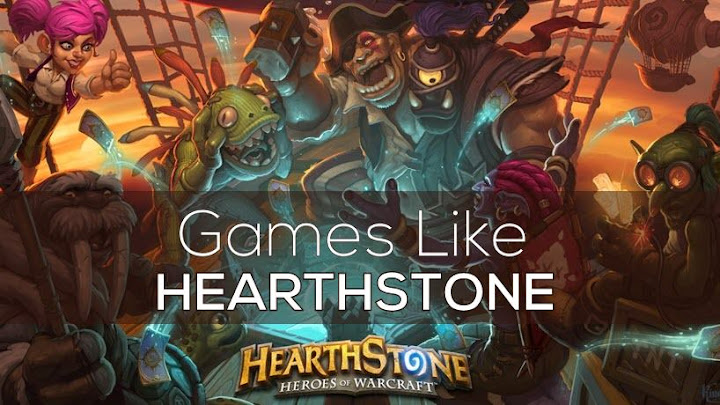 Hearthstone by Blizzard Entertainment allows you to face opponents from around the world through your computer, tablet or smartphone. The game is "free" and allows you to play all the games you want without spending a single euro, or save time and buy packs to get stronger decks.

Hearthstone is a simple card game in rules,  but very deep in strategies and possibilities (where its true potential and success lies). Each player starts the game with 30 life points and the first player who manages to lower his opponent's life to 0 will be the winner of the game.

In looking for games like Hearthstone we wanted to find the best card games that offer similar experience in strategy, card diversity, look and feel.

1. Magic: The Gathering Arena
The concept of Magic is simple: two players face off in a duel in which the first player to end the opponent's 20 lives wins. To do so, you can use creature summons, spells and artifacts to help you achieve your goal. The basis of the game is the lands, which provide the mana needed to summon the elements each mage brings to the table, with the spells and abilities with the most mana usually being the most powerful.

The variety is in the colors of the deck, white, black, red, green and blue, each with its own identity and capabilities, which when combined end up creating the magic that has kept Magic, almost 30 years after its launch, as one of the most played games. This is a true classic, and in a list with Games like Hearthstone it should definitely be the number 1 alternative.

You'll notice this in the colors of the classes, which identify perfectly with those of Hearthstone (Red - Warrior, Blue - Wizard, etc), equivalent effects that sometimes even repeat the name (Last Breath) and a system of building decks, games with rank and battles in the Arena that are practically a carbon copy. But this is an enjoyable game of the genre that hardcore fans will always enjoy.

3. Ascension: Chronicle of the Godslayer
We start with a ten-card deck. We draw five. We play them. With them we buy new cards. The new cards go into the discard pile. We discard everything that wasn't played. We draw 5 again. When the deck is over, the discard is re-shuffled and we get the new and better cards that we bought. When the game is over, the one with the most points wins.

And that's because this game is designed by some of the best Magic players in history. It incorporates elements typical of Magic drafts, giving it strategic possibilities and interaction that are light years away from the Dominion. This game is a very cool alternative.

4. Gwent
The card game of The Witcher 3: Wild Hunt is adapted as an independent free-to-play title. Gwent brings all the action and strategy of Geralt de Rivia's favorite cards to the screens. Collect the cards and build yourself a powerful deck to become one of the world's best Gwent players by mastering the art of lighthouse during a best-of-three round game.

5. Eternal
Eternal is a new card game where strategy and unbridled action are the main focus. Eternal offers you a lot of different possibilities to join their exciting battles. Be creative and ingenious with new sets or combat tactics to challenge other players and beat your enemies. The best thing about this game is that it always has unexplored content so that more experienced players never get bored and can meet their entertainment needs.


More Games you should try if you like Hearthstone: