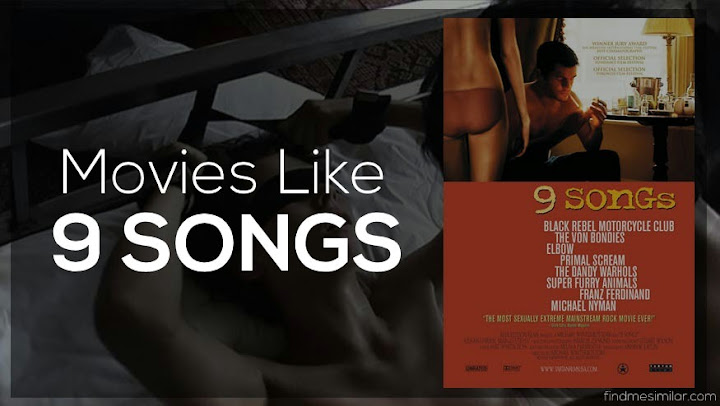 9 Songs is a 2004 British film directed by Michael Winterbottom starring Kieran O'Brien and Margo Stilley. It is a love story set in London between an American college student named Lisa, and a British glaciologist named Matt, who over the next few months in between attends rock concerts, and have intense sexual encounters.


If you are looking for more hot and steamy movies Similar to 9 Songs that feature explicit and unsimulated sex scenes like 9 songs, then this list of recommendations are for you. Do you think we missed any other movie like 9 Songs? Then don't forget to mention it in the comments below so that may update this list.

Romance (1999)
The story follows Marie an young sexually unsatisfied woman going through a series of sexual encounters with strangers trying to spark the interest of her boyfriend. But her affairs becomes more risky when she gets involved with violent partners. Like 9 Songs this film too feature explicit and unsimulated sex scenes.

The Reader (2008)
The Reader is a 2008 movie that follows sexual relationship between 15 year-old Michael Berg and 36 year-old Hanna. Michael is devastated when Hanna leaves with out informing him and the story becomes complex when he re-encounters her about a decade later as an Nazi war criminal.