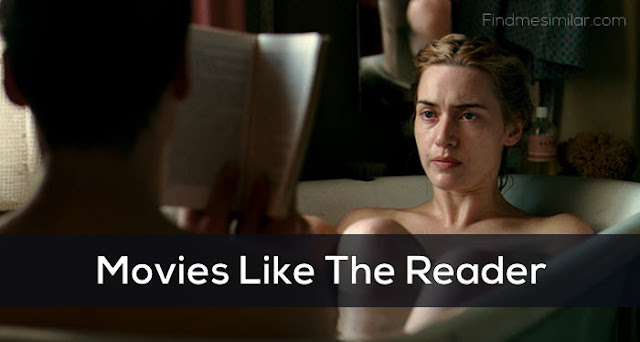 The Reader is a 2008 movie based on Bernhard Schlink's best-selling novel of the same name. The movie follows 15-year-old Michael Berg's (David Kross) relationship to a 36-year-old Hanna (Kate Winslet) and the way it becomes complex when he re-encounters her about a decade later defending herself against Nazi war-crimes.

Check out this list of movies like The Reader that showcases troubled relationships between characters with a glaring age gap and with taboo themes. If you are looking for more similar movies then find the recommendations for it below and don't forget to mention if we miss any as we keep on updating this list.

Movies Similar to The Reader

Revolutionary Road (2008)
Revolutionary Road is a 2008 movie directed by Sam Mendes based on the novel by Richard Yates with the same name. Set in early 1950s the story follows a young Connecticut couples struggle saving their once-idealistic relationship while trying to raise their children.

Doubt (2008)
Doubt is a 2008 drama directed by Shanley based on John Patrick Shanley's stage play Doubt: A Parable. The story follows a Catholic school principal (Meryl Streep) who confronts a priest (Philip Seymour Hoffman) she believes is abusing a troubled black student.

Malèna (2000)
Malena is a 2000 Italian romantic drama directed by Giuseppe Tornatore. The story follows an young and beautiful war widow Malèna (Monica Bellucci) whose beauty become an obsession to every men in the town included a 13-year-old love struck Renato (Giuseppe Sulfaro) who follows her around town. Like reader this film to focuses of the coming of age story and relationship between two individuals with an age gap.

An Education (2009)
An Education is an coming of age story that follows Jenny Mellor (Carey Mulligan) a 16 year old pretty girl who wants to be accepted into Oxford to fulfill her fathers dream. However her life changes when she meets David Goldman (Peter Sarsgaard) a man twice her age. David pursues Jenny romantically with his charms but she soon discovers that he is not what he portrays to be.

More movies recommendations if you enjoyed The Reader: