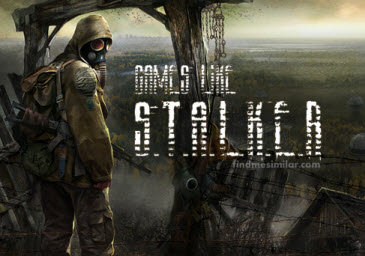 S.T.A.L.K.E.R. is a series of first-person shooter survival horror video games developed by Ukrainian video game developer GSC Game World for Microsoft Windows. The games are set in the area surrounding the Chernobyl accident site, called ‘The Zone’, in an alternative reality where a second explosion occurs at the Chernobyl Nuclear Power Plant some time after the first and causes strange changes in the area around it. If you are a fan of First-person shooter games like STALKER and looking for more games with similar gameplay then find the recommendations for it below and don't forget to mention if we miss any games as we keep on updating this list.

Metro 2033 is a first-person shooter video game, which is based on the novel Metro 2033. It was developed by 4A Games in Ukraine and released in March 2010 for Microsoft Windows and Xbox 360.The game is played from the perspective of Artyom, the player-character. The story takes place in post-apocalyptic Moscow, mostly inside the metro system, but occasionally missions bring the player above-ground.

Rage is a first-person shooter video game developed by id Software. The game is set in a post-apocalyptic near future, following the impact of the Asteroid 99942 Apophis on Earth. The game primarily consists of first-person shooter and driving segments, with the player using his vehicle to explore the world and travel between missions.

Borderlands 2 is an action role-playing first-person shooter video game that was developed by Gearbox Software and published by 2K Games. The game is set on the planet of Pandora. The game has many features such as online collaboratin, randomly generated loot and character-building elements. Borderlands 2 was one of the best selling games of 2012 with a total shipment of over 5 million copies.