13 Movies to Watch if You Like Ready Player One 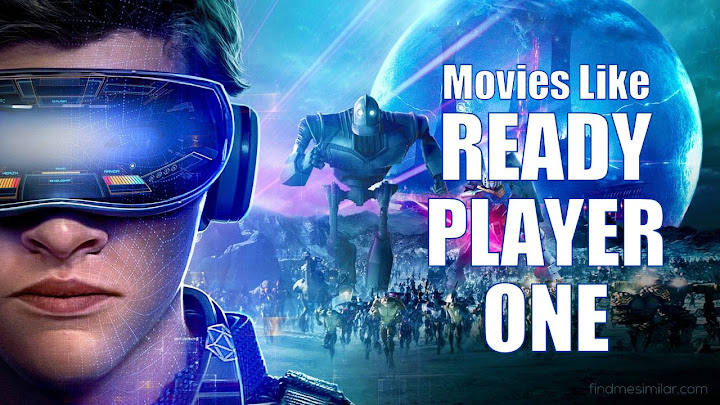 In 2045, humanity is in chaos and about to collapse. But the world has found refuge in OASIS, an online universe based on virtual reality created by the brilliant but eccentric James Halliday (Mark Rylance). After his death, Halliday leaves his entire estate to the first person, whatever it may be, who will find the "Easter Egg" hidden somewhere in the OASIS. From here, fierce competition starts all over the world. Wade Watts (Tye Sheridan) enters the fantastic race and becomes one of the most hunted users, after he manages to pass first from the initial clue.

This is an original, action packed movie with a lot of nostalgic references to shows, movies and video-games from the 80’s and the 90’s. When looking for movies like Ready Player One, we wanted to find others that offer a similar viewing experience.

Movies Similar to Ready Player One:

1. Gamer (2009)
In the near future, strategy games reach a whole new level: players no longer control virtual entities, but even people in flesh and blood, in life and death fights. Kable (Gerard Butler) is the highest rated player in the Slayers competition. With every move pursued by millions of people, Kable's big challenge is to regain control of his own life and overthrow the system that made him a slave. A cool and interesting look at gaming and MMORPG’s, similar in that sense to Ready Player One.

2. Tron: Legacy (2010)
Continuing the success of 1982, Tron, the film features Sam Flynn, the 27-year-old son of the first part's protagonist, Kevin Flynn. Sam is obsessed with discovering the mystery behind his father's disappearance and gets drawn into the same world of endless programs and virtual games where you can lose your life at any moment. Together with Kevin's girlfriend, father and son begin a fantastic journey into the spectacular cyber universe where anything is possible ...

3. Jumanji: Welcome To The Jungle (2017)
In Jumanji: Welcome To The Jungle, the game changes as four extremely different friends are pulled into Jumanji. When they discover a game they haven't tried on an old video console, the four decide to play and are immediately absorbed in the jungle setting of the game and in the avatars of their choice and played by Dwayne Johnson , Jack Black, Kevin Hart and Karen Gillan. Thus he discovers that it is not them who play the game, but Jumanji plays them. They have to enter the most dangerous adventure of their lives, because otherwise they risk being stuck forever inside Jumani!

4. Wreck-It Ralph (2012)
Wreck it Ralph is a delightful and thrilling comedy inspired by 80s video games. Ralph has always been in the shadow of Felix Jr, the main positive character of the game, who always saves critical situations and thus becomes the favorite hero of all. Tired of always being a negative character, Ralph takes control of the situation and embarks on a journey through several generations of video games to prove that he also deserves to be a hero.

5. Zathura: A Space Adventure (2005)
After their father (Tim Robbins) leaves for work, leaving them in the care of their older sister (Kristen Stewart), six-year-old Danny (Jonah Bobo) and 10-year-old Walter (Josh Hutcherson), they either get mad at each other, or they are totally bored.

When the dispute worsens and Walter begins to run away, Danny hides in the cellar. But Walter catches him and, in retaliation, pushes Danny into the dark and scary cellar where he discovers an old metal game, "Zathura".

This is the beginning of a fun adventure, sometimes frightening, but always unpredictable. Danny and Walter realize that if they do not finish the game they will remain forever trapped in outer space. With each move, they face incredible obstacles one after the other.