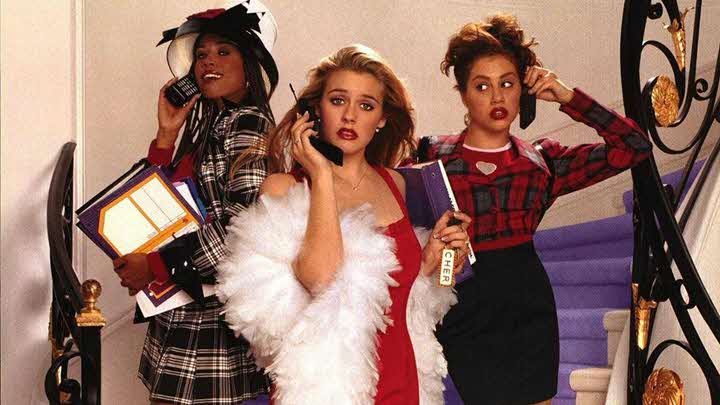 Clueless tells the story of Cher, a young woman belonging to the high society of Beverly Hills, in the county of Los Angeles. Together with her best friend Dionne she struggles against the typical problems of her age, among which are the love, dressing well, being as popular as possible in the institute, etc. The arrival of a new girl to the group called Tai changes the life of the young woman in different ways. This is a very entertaining play, with hilarious satire that captures the reality of teenagers in high school around the 1990s. The rhythm of the film is very agile and in only 97 minutes it tells us a plot that is very realistic and interesting.

Check out more movies like Clueless that are also based around characters in high school where they have to deal with issues that are specific to that period in their lives. These are funny comedies with interesting leads that you are sure to enjoy as a fan of Clueless:

She’s All That (1999)
After vacation is over, Zack is dumped by his girlfriend who now dates the star of a reality show. To prove his power and popularity he bets his friend Dean that he will be able to turn any girl into a prom queen.

Laney is the closed girl with an artistic inclination, who after the death of her mother takes on her role and assumes the responsibilities of the house. However, she is not what you would think the first time you see her, as she proves to be an "antisocial" and the very opposite of popular. She knows how to get around in groups, while showing how easily she can be hurt even if she has promised never to cry in front of a person again. Zack takes it upon himself to make her popular to win the bet, and a very funny comedy ensues, that also has some deeper levels our characters will have to navigate through. If you like movies similar to clueless, this should be just what you’re looking for.

Mean Girls (2004)
Cady Heron, is a socially and culturally bias-free teenager who is stepping foot in the North Shore High School, a small town outside of Chicago, Illinois. Cady, who has always lived in Africa, has no idea how "wild" civilization can be until she crosses paths with the worst species of all, the "queen bee" represented in this case by the cold and calculating Regina George.

But Cady doesn't just cross paths with this "queen bee"; she even gets stung when she begins to fall in love with Aaron Samuels, Regina's old boyfriend. Regina decides to return the sting by pretending to still like Aaron so he won't date Cady, but by pretending to be her soul mate. Cady has no choice but to use the same weapons if she wants to keep playing. The war between the girls escalates to the point where the whole school is engaged in a real contest of malice. A classic high school comedy with a great cast that will more than satisfy fans of Clueless.

Legally Blonde (2001)
Elle Woods, the most popular girl in her school, seems to have everything in life to succeed. She's a stunning, charming blonde, and all the girls in school envy her ideal long hair.

However, Elle's perfect life is ruined when her boyfriend Warner dumps her. The reason? Elle doesn't fit into his family environment, as her aspirations in life are far removed from the professional future that Warner wants. The young woman, who has always been seen by her peers as an airhead, will do everything in her power to show everyone that behind that perfect angelic face lies an intelligent young woman with very strong ideas, even if it means having to enroll at the prestigious Harvard University to study law.

10 Things I Hate About You (1999)
Bianca is the popular and unattainable girl everyone looks up to, while her older sister Kat is a bad-tempered and witty girl everyone fears.

Bianca meets Cameron, a new boy at school who falls in love with her, but they can't go out together because of an impediment from Bianca's father: she can only date a boy once her sister does first. So they look for possible suitors and find Patrick, a boy with a bad reputation who is paid to date Kat. What Patrick didn't expect, when he accepted this deal, was to fall immensely in love with Kat and will now have to get out of the problem of choosing the money and not saying anything to Kat, or undoing the deal. A very fun romantic comedy starring the late great Heath Ledger that fans of movies like Clueless will just adore.

The Crush (1993)
A young journalist is sexually harassed by a 14 year old teenager and even accused of rape and other pearls. The debut of Alicia Silverstone, the actress who also plays the lead in the movie Clueless, in what some call her best ever role.

Nick Eliot is offered the possibility of a position as editor-in-chief of a magazine, which is a great career opportunity. He decides to rent a room from a good local family, the Forresters. They have a 14-year-old daughter, Darien, who starts flirting with Nick, using all her charms, and who gets frustrated when he turns her down. A good thriller that will keep you on the edge of your seat, and will keep you entertained if you are craving more of Alicia Silverstone.


More films To Watch If You Loved 'Clueless':