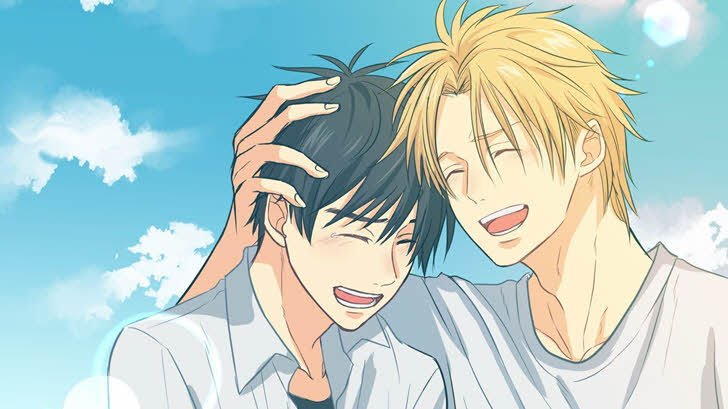 Ash Lynx, is a skilled and attractive 17-year-old gang leader who controls an area of New York under the command of the depraved mob boss, Golzine Dino, who has sexually abused him since he was a child.

One day an unusual incident occurs in Ash's territory that leaves behind the code words "Banana Fish" and a strange unknown substance. On the other hand, the Japanese Shunichi Ibe, professional cameraman, and Okumura Eiji, Ibe's assistant, travel to New York to make a report on gangs under the protection of the New York Police Department.

Shortly after the arrival of the Japanese in New York, a sudden confrontation between gangs occurs as a result of the unknown substance that Ash has sheltered. A show with a lot of drama, good action sequences and some mature themes, anime like Banana Fish present us with similar motifs and great storytelling. This is our list:

The story takes us to a dystopian city, conceived to be perfect, where there is care for every living being, where everyone gives their absolute loyalty to the city.

Shion, a boy who grew up in the elite, chosen to be the best among his own, suddenly loses his privileges for having protected a fugitive from the law carrying a VC (violence chip): someone who calls himself Nezumi (Japanese for rat), who tells him that this city is made to brainwash people.

Four years later, in the midst of incidents that seek to blame Shion for committing a crime he had nothing to do with, Nezumi reappears to save him. Together with him, they will discover the hidden truth behind that ideal and perfect city known as No. 6. Our top recommendation for anime like Banana Fish, No.6 will satisfy your need for more of the dark atmosphere you love.

The story takes place in Ergastulum, a dangerous town that hosts all kinds of shady people, and follows the life of Worick and Nicolas.

Known as "Benriya", they make their living in the chaotic streets of Ergastulum as hired thugs.

We can sense a serious atmosphere, involving criminals, corruption, drugs and various mafias; that is, what many of us would call an "adult" plot similar to Banana Fish.

The series narrates the adventures of a transport company, not very favored in the eyes of the law, established in the fictitious city of Roanapur, Thailand. It focuses on the internal conflict of Okajima Rokuro (Rock).

Rock is an executive of a Japanese company who is kidnapped by the Black Lagoon organization, and who decides to join their ranks after seeing the humiliation to which he has been subjected by his bosses and the system to which he belongs.

Close to him is Rebeca, a young Chinese-American girl who is very good with weapons but quite intolerant; she will protect Rock despite all the events that occur. They are accompanied by Dutch, Black Lagoon's boss, and Benny, a computer and communication systems expert.

Atsushi Nakajima is a young man who has been expelled from the orphanage where he lived with nothing in his pockets, which is why he ends up barefoot, with torn clothes and starving to death by a river in Yokohama where, while fantasizing about food, saves a man from a suicide attempt.

Osamu Daiza rewards him with a huge meal curtesy of his partner Doppo Kunukida. They introduce themselves as members of the Armed Detective Agency, an agency that is characterized by solving very special cases and have agents with special skills.

Daiza and Kunukida tell him that they are investigating the appearance of a mysterious white tiger that has been terrorizing the area and immediately Atuski becomes worried because since he left the orphanage the same tiger has been following him. Just like Banana Fish this is a great anime where the action increases gradually as we advance through the plot.

The story of 91 Days focuses, like many others, on the firm idea of "revenge". With this thought as the main axis, our main character gets to infiltrate and gain the trust of those who are his future victims.

A classic story, but with a realistic setting in the mafia world, with some plot twists that will make us let out an exclamation of surprise and think that we are facing something good.

91 Days presents an enviable harmony, thanks to how everything is organized and with the simplicity with which the events are happening, making it a perfect anime like Banana Fish to discover and enjoy.

More Anime recommendations to watch if you loved Banana Fish: