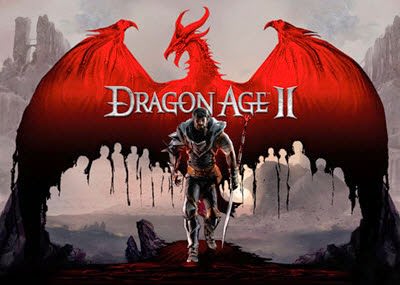 Check Our list of recommendations for fantasy themed role-playing games like Dragon Age which offers similar game play. Dragon Age is a series of fantasy medieval role playing games developed by BioWare. It is considered to be the spiritual successor to BioWare's "Baldur's Gate". The main games of the series are Dragon Age: Origins (2009), Dragon Age II (2011), and  Dragon Age: Inquisition (set to be released in Oct 2014). Don't forget to mention if we miss any as we keep on updating this list.

Neverwinter Nights 2 is a fantasy role-playing game developed by Obsidian Entertainment. This is a sequel to Bioware's  Neverwinter Nights set in the universe of Dungeons and Dragons. The player starts the journey as an peasant and rises to a full-fledged hero of the Realms by explore the world, earning experience and treasure by completing quests.

Mass Effect is a series of science fiction action role-playing third person shooter video games developed by BioWare and released for the Xbox 360, PlayStation 3 and Microsoft Windows, with the third installment also released on the Wii U. The series has been a major critical and financial success. All three games have received critical acclaim for their storyline, characters, romances, voice acting, choices and the depth of the galaxy.

It is an expansion pack for Baldur's Gate II: Shadows of Amn, and is the last chapter in the Baldur's Gate series for the PC/Mac. It takes place following the events in Shadows of Amn with an outbreak of war amongst the Bhaalspawn plaguing the lands of Tethyr. The player must now face the five legendary Bhaalspawns and destroy them for the people of Tethyr or his own personal gains.


The Witcher 2: Assassins of Kings

The Witcher 2: Assassins of Kings is an mature-themed fantasy role-playing game developed by CD Projekt RED for Microsoft Windows, Xbox 360 and OS X. The story follows the adventures of Geralt of Rivia, a Witcher (professional monster slayer) who must hunt down an assassin to clear his own name.

Star Wars: Knights of the Old Republic is a role-playing video game developed by BioWare and published by LucasArts. The game is set approximately 4,000 years before the rise of the Galactic Empire where the player plays as a young Jedi Knight, charged with leading a group of freedom fighters across the galaxy.

The Lord of the Rings: War in the North,...if you can think of more, then don't forget to mention it in comments.