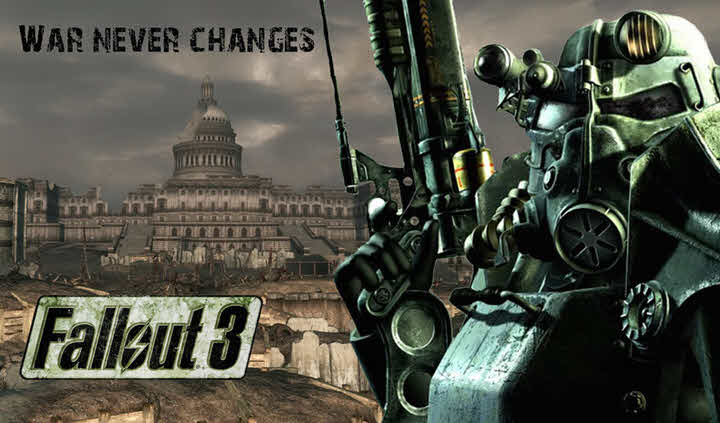 Fallout 3 is an action role-playing open world video game developed by Bethesda Game Studios. It is the third major installment in the Fallout series. The game was released in North America, Europe and Australia in October 2008, and in Japan in December 2008 for Microsoft Windows, PlayStation 3 and Xbox 360. If you are a fan of First-person shooter RPG games like Fallout 3 and looking for more games with similar gameplay then find the recommendations for it below. Obviously, it goes without saying that the closest game like Fallout 3 is the sequel Fallout: New Vegas so its not including in the list. Try it if you haven’t already and don't forget to mention if we miss any games similar to Fallout 3 as we keep on updating this list.

Metro 2033 is a first-person shooter video game, which is based on the novel Metro 2033 by Russian author Dmitry Glukhovsky. It was developed by 4A Games in Ukraine and released in March 2010 for Microsoft Windows and Xbox 360.The game is played from the perspective of Artyom, the player-character. The story takes place in post-apocalyptic Moscow, mostly inside the metro system, but occasionally missions bring the player above-ground.

S.T.A.L.K.E.R. is a series of first-person shooter survival horror video games developed by Ukrainian video game developer GSC Game World for Microsoft Windows. The games are set in the area surrounding the Chernobyl accident site, called ‘The Zone’, in an alternative reality where a second explosion occurs at the Chernobyl Nuclear Power Plant some time after the first and causes strange changes in the area around it.

Mass Effect is a series of science fiction action role-playing third person shooter video games developed by the Canadian company BioWare and released for the Xbox 360, PlayStation 3 and Microsoft Windows, with the third installment also released on the Wii U.The series has been a major critical and financial success. All three games have received critical acclaim for their storyline, characters, romances, voice acting, choices and the depth of the galaxy.

Rage is a first-person shooter video game developed by id Software. It uses the company's OpenGL-based id Tech 5 game engine.The game is set in a post-apocalyptic near future, following the impact of the asteroid 99942 Apophis on Earth. The game has been described as similar to the movie Mad Max 2 and to video games such as Fallout and Borderlands.

The games in the BioShock series are first-person shooters survival horror video games with role-playing elements developed by Irrational Games and considered to be a spiritual successor to System Shock 2.

The Last of Us,

Red Dead Redemption,........if you can think of more, then don't forget to mention it in comments.