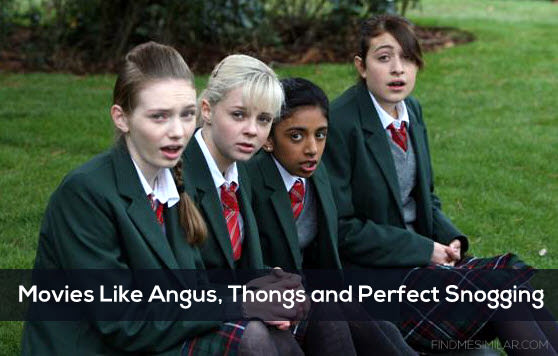 Wild Child (2008)
Wild Child is a teen romantic comedy movie starring Emma Roberts, Alex Pettyfer and Natasha Richardson. The movie is about a spoiled teenager Poppy Moore (Emma Roberts) whose over-the-top prank pushes her father to send her to an strict English boarding school to straighten her out.

Mean Girls (2004)
Mean Girls is a teen comedy movie directed by Mark Waters. The story is about Cady Heron (Lindsay Lohan) a 15 year old home-schooled daughter of zoologist parents attending a public school for the first time and her clash with the school's most exclusive clique, the Plastics.

Bend It Like Beckham (2002)
Bend It Like Beckham is a 2002 comedy drama directed by Gurinder Chadha. The movie follows an 18-year-old Punjabi Sikh teen living in London goes against the rules and tradition of her family for her love of football joins the local women's soccer team and makes its to the top.


More movies to watch if you love Angus, Thongs and Perfect Snogging: