14 Anime Like That Time I Got Reincarnated as a Slime 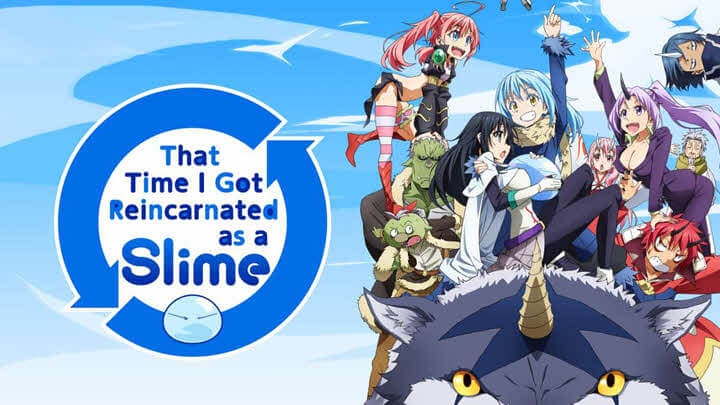 One day, 37-year-old Satoru Mikami, an ordinary working man living in Tokyo with no girlfriend or engagement, saves his fellow worker Tamura's life and dies instantly. But his story does not end there, because as his last thoughts leave his head, a strange entity is shaping the characteristics of his new body to reincarnate in another world.


So, to his surprise, Satoru will wake up again from his sweet sleep, fully aware of his previous life, but like a slime: the classic slime monster of video games like Dragon Quest. Full of optimism and ready to live a fuller life, Satoru, sets out to explore this new world, where he will undo all sorts of mischief thanks to his peculiar set of skills and, on the way, will make friends with all sorts of monsters. This is an anime that discusses the mysterious topic of reincarnation. Anime like That Time I Got Reincarnated as a Slime (Tensei shitara Slime Datta Ken) will follow similar patterns and themes. Here are the best ones:

Anime Similar to That Time I Got Reincarnated as a Slime:

Overlord
In the year 2126, the MMORPG Yggdrasil is released; one of the first massive online role-playing games that provide a high level of immersion to the player and that quickly becomes a phenomenon, becoming a historical landmark in the world of video games. However, after 12 years of success, the time has come to shut down the servers.

Our protagonist is a deus ex machina type character who gets stuck in the game after it shuts down, and starts living in the game, as his avatar. It doesn't matter if Rimuru finishes off the monster in one or two moves, what really keeps us interested in the series is how these characters get to know each other and establish alliances and friendships. A great follow up if you’re searching for anime like That Time I Got Reincarnated as a Slime. 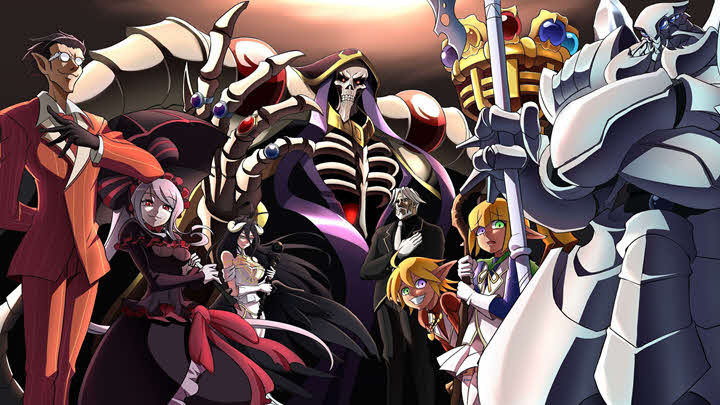 The Rising of the Shield Hero
Four humans from four different times are transported to a world of fantasy after a magical ritual. The so-called heroes are intended to save the world from a strange phenomenon called "waves". True to its name, every so often the world is beset by strange portals from which hordes of monsters emerge. The heroes, equipped with a series of legendary weapons that cannot be removed, must train, improve their level and skills in order to, from time to time, face the aforementioned waves.

Our protagonist, Iwatani Naofumi, receives the shield. Consequently, his offensive capabilities are very limited. Also, the heroes cannot train together, as they do not receive experience if they are close to each other. Due to his lack of charisma, he ends up with only one teammate and ends up being betrayed, tricked and accused of rape - falsely - on the very next day. Rejected and repudiated by nobility and villagers, he is filled with hatred and resentment. It is then that he buys a slave: Raphtalia. Now both of them sets on an journey to increase their levels and upgrade his shield and become the powerful among the four.

Both Tensei shitara Slime Datta Ken and The Rising of the Shield Hero very similar and set in a game like world where they must start from the scratch and become powerful in their worlds. Both are fun fulled adventures with many unique characters. 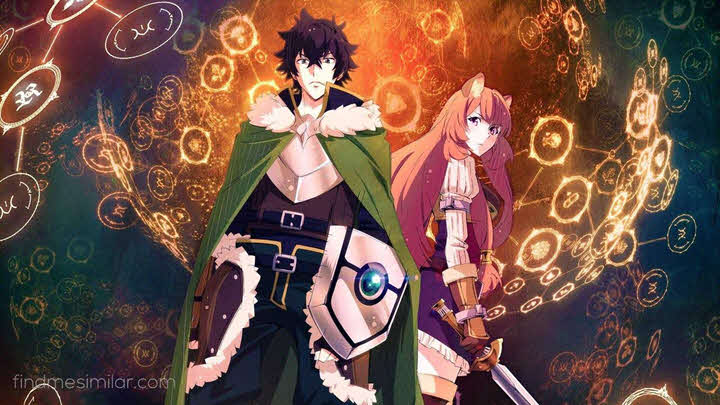 KonoSuba: God's Blessing on This Wonderful World!
This comedy of alternative worlds revolves around Kazuma Satou, a die-hard fan of video games, anime and manga. A car accident ends his life... or so he should have, but he wakes up with a beautiful girl next to him who claims to be a goddess. The girl tells him "I have good news. Would you like to go to an alternative world? You can take only one thing you like" and he answers "Then I'll take you". With that, he is teleported to another world where he begins his great adventure to defeat the demon king. If the plot sounds similar, it’s because this is a great anime like Tensei shitara Slime Datta Ken you should watch immediately! 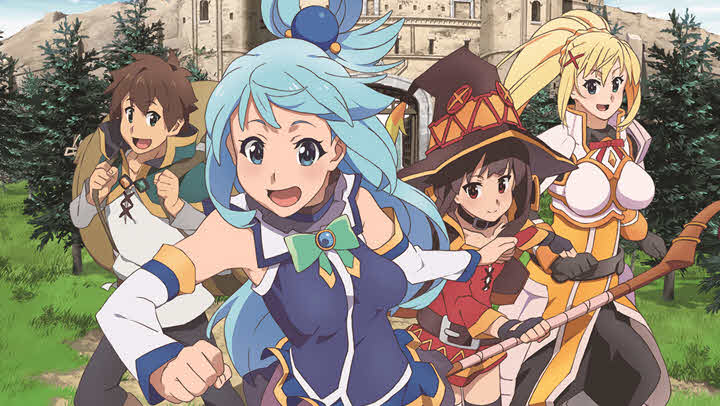 Death March to the Parallel World Rhapsody
In his daily life Ichirou literally lives at work, showing in broad strokes what life really is like on a strict routine.Our protagonist has to juggle between meeting deadlines and the typical work issues but is very enthusiastic about his job. One day when he finishes his work late at night, he decides to just sleep at work and that's when the real excitement of anime begins.The action moves to a fantasy world where slavery is well seen.Our star programmer needs a huge reduction of power if he wants any enemy to even face him, since he is basically cheating to get his great power. Another interesting story about living in an alternate universe, which makes this another worthy anime similar to That Time I Got Reincarnated As A Slime to enjoy. 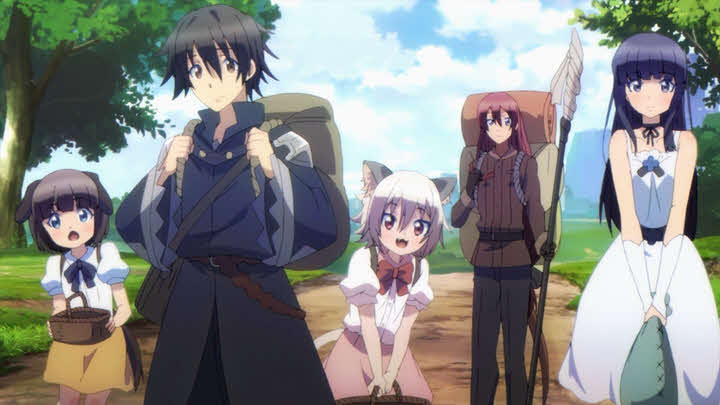 In Another World With My Smartphone
A common entry for an Isekai anime, a teenager dies for some strange reason and re-appears in a different world with magic. He can take a common object with him to this new world, and like every teenager of the modern era decides to take his smartphone.

God gives Touya power so that he can easily adapt to the world he is addressing (besides being a reward for having killed him),  all the necessary magic and memory required to execute all the existing spells in his new world.

Also Recommend: Anime Like Is It Wrong To Try To Pick Up Girls In A Dungeon? 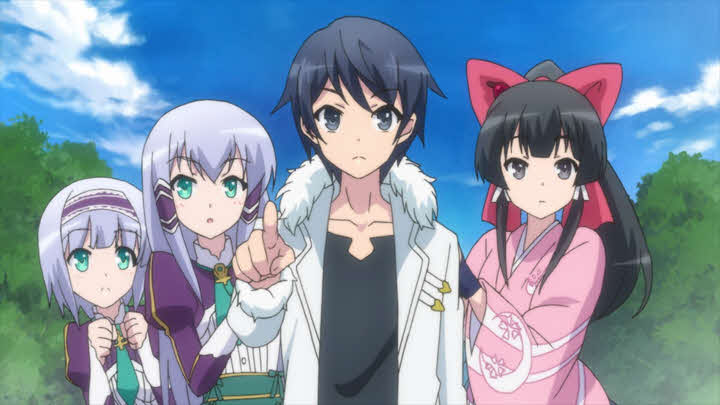 More Anime recommendations if you like 'That Time I Got Reincarnated as a Slime':

How Not To Summon A Demon Lord
No Game No Life
Is It Wrong To Try To Pick Up Girls In A Dungeon?
Log Horizon
Wise Man's Grandchild (Kenja no Mago)
Arifureta: From Commonplace to World's Strongest
Dr.Stone
Re:Zero -Starting Life in Another World
BOFURI: I Don’t Want to Get Hurt, so I’ll Max Out My Defense
Get latest game, anime and movie recommendations directly via Email
12:30 AM
Admin