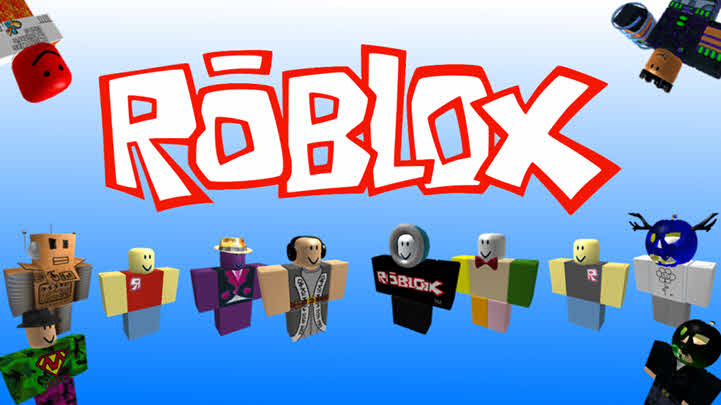 Roblox is a multiplayer game with different mini games that makes it very entertaining. In this game you can customize your character and also buy clothes kill time with laughter and enjoy it endlessly with friends.

The platform proposed by Roblox, allows you to play and communicate, but also invite users to become content creators: in Roblox there is a game development environment called Roblox Studio which is a fantastic tool to learn to program and have fun along the way, although many of the creations have a modest quality and finish.

The fact that anyone can create games within the game, allows for endless hours of fun and always having something new to play within the game. It never gets repetitive! Check out these games that are similar to Roblox where you can also, build, explore and enjoy fun times with friends, in another world:

A game where everything is square and pixelated. What would be the fun in it? But Minecraft is much more than that. It has a world of possibilities, and that's what captivated millions. This game has no history; you are alone in a world, where you can do whatever you want. Although, first of all, you have to survive.

The player has the possibility to exploit his creativity with great constructions and mechanisms. To do so, he should also spend time exploring, mining and fighting, in order to get the necessary materials to advance. And, when finally the character is ready, there is the opportunity to go to the other two worlds that the game has and defeat the most powerful beings that are there.

Of course, this is simply a possibility. Each one can focus his game to his own taste. If one does not want to travel to other worlds, it is also possible to simply concentrate on creating a great village and keeping it safe, or modern constructions full of safety mechanisms and traps.

The possibilities are thousands. And that is why this game has stood the test of time and it is our #1 most recommended alternative to games like Roblox. If you haven’t played Minecraft yet, pick it up now!

Terasology is a pretty more developed alternative to Roblox. An open source project, with the Roblox and Minecraft structure but with much more careful textures.

The community of this game is very active and they promise incredible new features like, for example, the "artificial intelligence" of the enemies. Being community driven like Roblox is what made us recommend it so high up on the list.

The game in constantly evolving with the help of other users, so it is very similar with Roblox in that it allows for endless hours of fun while always providing something new.

On November 9th 2011, the video game 'Castleminer Z' was released on Xbox Live Arcade. It was the sequel / spin off of 'Castleminer', which had been released four months earlier on the same platform. And although they share the same name, there are substantial differences between them.

Castleminer' is a building block game, very much in the style of 'Minecraft', while 'Castleminer Z' is a survival title that tries to portray, according to its creators, "what it feels like on the first night of of a quality survival game".

That lack of protection, that fear, that "every man for himself". A survival horror cube. You can do anything and everything, and the main purpose is to survive. The look and feel of this makes it very similar games like Roblox so you are sure to enjoy it a lot.

First of all, gmod is not exactly a game but a mod or modification that uses the graphic source engine to allow you to do almost anything you want.

It gives you the freedom to do what you want anywhere without any problems, for example you can do things like this: Create your own history, mini games, videos, comics, etc.. so you have complete freedom and a great tool to create something that others will enjoy within the platform.

This level of customization and community development makes it a great alternative if you’re looking for more games like Roblox.

Fortnite is a 100 man battle royale with very cool 3d graphics and a powerful building mode where you have to be the sole survivor on an island. You can use weapons, gather resources, build anything and everything with the sole purpose of being the last man standing.

Inspired from games like Roblox and Minecraft, this game takes it one step further and adds the element of surviving in a battle royale against 99 other real players.

No one strategy is good or bad. It’s up to you how you want to play to achieve your goal. The game is wonderful and addictive, but a natural progression for someone who began as a Roblox player.