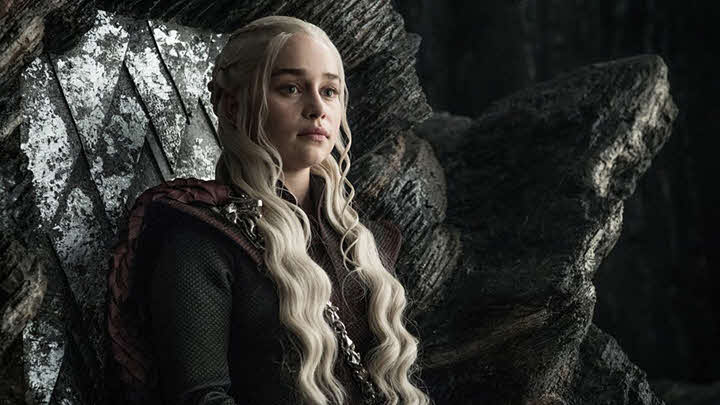 HBO’s Game of Thrones was one of the biggest TV series of all time. However, ever since Season 8 ended in an unspectacular way, people have been demanding another season or similar TV series to fill their passion for Game of Thrones.

Fortunately, there are a couple of similar TV series like Game of Thrones, but let’s be honest, not one of them can reach the same level. Considering that each episode of GOT costs around $15 million, it is hard to find something identical.

However, these series are also great and have a similar vibe that will definitely fill your passion for Game of Thrones.

1. Black Sails
Black Snails is a TV series that tells the complex story of the Golden Age of pirates. This series is rooted more in reality rather than fiction, but it still has the same vibe as GOT. Black Sails comes as a prequel to Treasure Island by Robert Louis Stevenson.

The action takes place 20 years before the book, and it is a very good TV series to watch.

2. Outlander
The story behind Outlander is about a World War II-era nurse played by Caitriona Balfe, which is suddenly transported back in time to 1743. She meets a Highland warrior and falls in love. There is plenty of action, a hot romance, and twists, just like we were used to seeing in Game of Thrones.

3. Rome
This is another series by HBO, which is definitely underrated. There are two seasons so far, and it hast the similar twisty plot like GOT, as well as a lot of violence and lush. The series follows some of the infamous historical figures of all time like Julius Caesar and his betrayal by Marc Anthony.
There is a lot of romance and action wrapped up in its unpredictable nature that makes Rome very interesting to watch.

4. The Last Kingdom
This BBC / Netflix series is based on The Saxon Stories Series. It stars Alexander Dreymon as Uhtred of Bebbanburg, who is a Saxon warrior enslaved by Vikings as a child. Yes, there are many family related issues just as you are used to seeing in Game of Thrones. Alexander is raised by his captors, and his allegiances are tested when he decides to return to his homeland.

5. Vikings
Vikings is a History Channel original series that gained a lot of popularity. It features the legendary Norse figure Ragnar Lothbrok and his transformation from a simple farmer to a fearless warrior. He leads a successful raid on England and comes close to becoming the Scandinavian king.

It is a very interesting TV series that you will definitely love.

6. Camelot
Camelot is a TV series based on an English legend. The main character is played by Joseph Fiennes as ancient wizard Merlin who assigns young Arthur to take the throne of Camelot. However, things get an unexpected turn as Arthur’s evil half-sister mixes things up.

There are a lot of twists and battles in order to take the throne, just like we’ve seen in Game of Thrones.

7. Spartacus
The classic story about gladiator Spartacus gets a retelling with this new TV series. Just like Game of Thrones, this TV series has a lot of nudity and battles across all four seasons. Spartacus is a story about a slave who organizes an uprising against his Roman Captors.

If you loved Game of Thrones, this is the next TV series you should watch.

Game of Thrones was a well-written TV series that ignited a fire in this genre. The series broke a lot of records with its popularity, which is why so many directors are trying to follow their footsteps.

All of the series mentioned above are as exciting to watch as tuning into BetAmerica NBA odds and watching a basketball game. They will definitely fuel your passion for Game of Thrones even further.
Get latest game, anime and movie recommendations directly via Email
4:28 PM
Admin