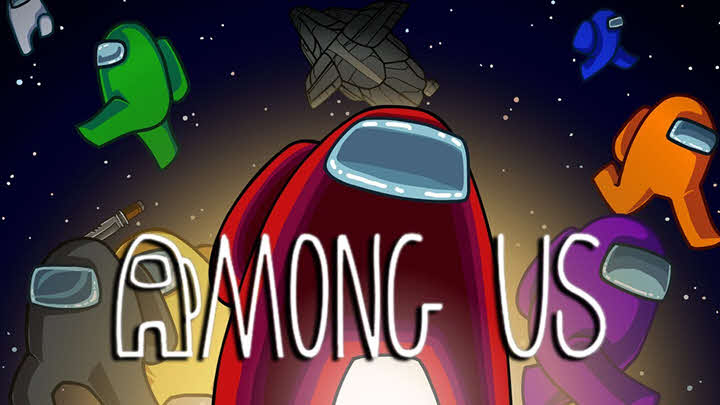 Based on a set of crew members on board a ship (minimum 4, maximum 10), each crew member must perform a series of assigned tasks, simple tasks such as passing a card in a reader, clean some device, take out the trash, copy some code, etc. It is very important that each crew member fulfills his or her duties.

This popular game of betrayal makes for hours of fun gameplay with your friends or online. Games like Among Us have to also be about deceiving your opponents to win, convincing them that you are not the “bad guy”. Check out our list below:


Best Games Similar to 'Among Us':

In this game we are presented with 3 possible maps: a forest, a laboratory and an asylum. In any of them the atmosphere will be heated from the beginning, when we realize if we are an innocent or an infected.

During the whole game we will be in tension, playing with the ingenuity of other players to draw our own conclusions of who can be infected and who cannot... or to deceive the other players so that they think that you are not one of the infected ones. Deceive the others and win, which is the perfect alternative for Among Us. And it even has 3D Graphics!

Communication and teamwork are essential to the ultimate goal of escaping with other survivors in an area in the mountains were we are lost.

In order to get out of where we are we must collect resources, repair communication structures and confront nature by escaping from wild animals. This looks easy but not really because like every movie, tv series there are some traitors among us that will constantly gain strength with weapons, traps and sabotage us.

16 players with different functions join an online game and three/four of those 16 are wolves, who, during the night, must kill a villager.

The game is played by voting and discussing among players. When they suspect someone it is necessary to ask their role and if they distrust by majority of votes that person is killed..

During the night is when it is the wolves' turn to vote to kill a villager but if this person is protected he cannot be killed. In a race against time, who will end up victorious?

Secret Neighbor is an asymmetric multiplayer game, a little bit of the 'asymmetric game' that was in vogue a few years ago, and here it translates into the classic Cops and Thieves that we have all played as kids, but with an evil neighbor that catches children that will never be seen again.

We have two different roles: that of the children and that of the sinister neighbor. The children's role is to get keys inside the neighbor's house, to open the basement where they suspect a friend of theirs is being held, within a limited time. The neighbor, of course, has to avoid it and lock up all the kids, ending the game with it.

Children are differentiated into several types, each having a specialty and active and passive skills associated with it. A different take on games like Among Us, where collaboration is still key.

You live in a village, and everyone has a role. Someone is the Sheriff, some is the Doctor, someone is a Bodyguard. There are a ton of different roles for villagers, but there are also bad people who want to take you out. First there’s the mafia, who at night scheme together on how to deceive the villagers.

Win the game by either deceiving the villagers (if you’re a bad guy) or work together to uncover all the suspects and win for the good guys. A perfect free to play game like Among Us.

More games to play if you liked 'Among Us':