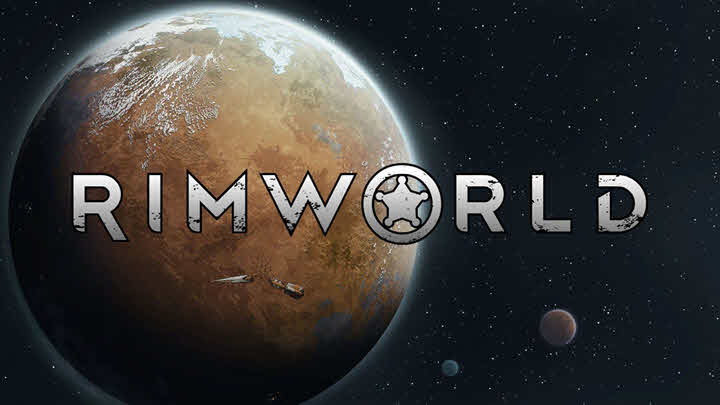 This title puts players in charge of organizing space colonists who, at times, border on the insane. They can beat the crap out of each other so badly that they break their spines. Or they can be friends and even lovers who end up getting married.

As well as worrying about it, they have to keep the colony going by creating living space, growing crops, making stones, cutting wood or producing food so that they don't end up malnourished. The chores are combined with catering to the tastes of the squatters, who resent filth and seek to live in spotless rooms with something to amuse them with.

You are the master of this world, and you can control so much, but there is also a lot that is completely out of your control. This is what makes this a fascinating strategy building experience. Games like Rimworld focus on building entire worlds, communities or establishments where you are the guy pulling the strings that has to keep everything in order.

Factorio is a management and crafting game, half tycoon, half Minecraft, that faithfully follows the guidelines of its class: an anonymous avatar, forcibly landed in a hostile and random world, must survive, empower itself and flee.

To do so, he obtains basic resources from his surroundings, builds tools of increasing complexity, researches technologies that in turn introduce new mechanics. It defends itself from native threats, manages to build some comfort around itself, and forgets the daily urgencies of not dying to start developing other ambitions; it thrives, in short.

Mechanically, it distinguishes itself from the others by its emphasis on automation over manual control of the character; things are not done on a personal scale, and the ultimate goal - to set off in a rocket - is huge and requires assembly lines, intensive exploitation, power generation, transport of materials. A classic game like Rimworld that will keep you hooked for weeks and months.

Prison Architect is Rimworld but with prisons. You are the guy responsible for building a secure prison, and keeping everyone in like. You need to have dormitories, cafeterias, bathrooms, and everything that makes a prison work. But be weary, as inmates have a tendency to be violent, and want to escape.

It is up to you to make sure the prison is secure, and to stop every riot as fast as possible. Succeed, and you’ll continue running a very successful prison. Fail, and your prison will get utterly destroyed.

It’s a fascinating experience where you have to fully manage every area of running a prison, and if you love games similar to Rimworld then this game is definitely what you are looking for.

If you like Rimworld you must try Cities Skylines. It is simply a vice that traps you for hundreds of hours, no matter how many cities you have made, you will make one and another and another new one to try to solve the damn traffic once and for all.

Build your city and manage everything you can think of. Keep it running smoothly, or watch it dwell into complete chaos. You are in complete control.

Intuitive menus, display options of all kinds, information with a mouse over an icon, view statistics... In short, very polished and complete make for an incredible gaming experience.

FrostPunk takes us to a ravaged world, which has seen climate change leave it completely frozen with extreme temperatures that can reach well over 70 degrees below zero, forcing man to evolve, to develop a new steam-based technology that uses giant, reactor-like generators to supply heat and keep men, women and children alive.

We, as players, will take the reins of the mayor or ruler of the last known city on Earth built around what appears to be the last such generator near the North Pole.

If you’re looking for games like Rimworld in a different setting, this might be the perfect place for you to go next!

In Space Haven, the most ambitious game created so far by the small Finnish company Bugbyte, we will have to manage life and comfort inside a spaceship.

To do this, we will have to expand the hull of the ship and build different rooms inside it to maintain and improve the habitability of our galactic sailing ship, thus achieving a healthy and happy crew.

The creators have not hesitated to state that their goal is to create "a RimWorld in space". Big words indeed. But have they achieved it? That is for you to decide. Meanwhile, Space Haven is a great alternative for anyone looking for more games like RimWorld.