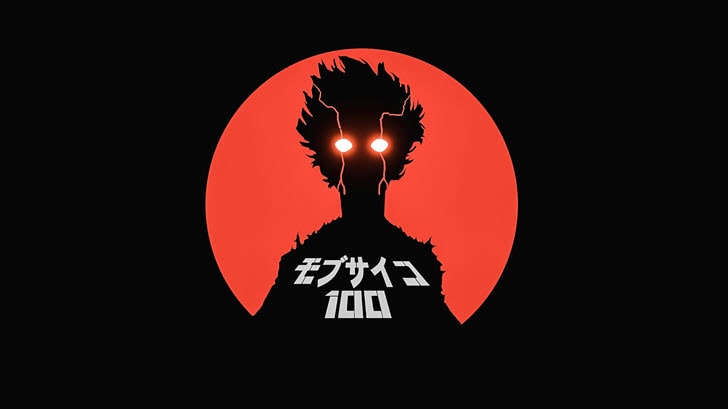 Shigeo Kageyama, popularly known as Mob, seems like a relatively normal boy. He is a high school student and takes life fairly easy, although he has the typical concerns of a boy his age. But outside of school hours he works for a paranormal agency run by Reigen.

In it Mob uses his special mental abilities to help his teacher in the various cases of ghosts and spirits. What many don't know, however, is that the calm and collected attitude Mob adopts is no accident. Since as he reaches 100% emotional charge, there had better not be anyone around him.

This is a fun supernatural anime with a very likable main character. Anime like Mob Psycho 100 feature very likable characters that have one (or more) superpower and have to either save the world or uncover mysteries surrounding them.

1. The Disastrous Life of Saiki K.

In Saiki's school there are many people who try to be his friend, but being antisocial he does not want to talk to them. Such is the case of Riki Nendo, a character with little intelligence that although Saiki sees him as a simple stupid and ignores him Nendo sees him as one of his best friends.

He has trouble controlling his powers and repeatedly breaks his antennas that help keep them in check. The Disastrous Life of Saiki K. is quite absurd, but as absurd as it is, it's good. Saiki K. is a series that hooks you almost automatically, it has its touches of humor and at the same time it has a very captivating plot.

A fun anime like Mob Psycho 100 that will satisfy your thirst for more of the same.

Saitama is an ordinary man who decided to train for 3 years to become a superhero, but now he is so powerful that he kills all his enemies with one punch. And that's the whole story.

Every episode, our hero has to encounter a new enemy, and we have a very nice build up, using comedy and a good narrative to make the predictable ending quite satisfying. But there is more to One Punch Man than just defeating every enemy with one punch.

As the series progresses, our hero will have to overcome more than just another enemy.

Our beloved Rokuro, is an Onmyouji who by a very tragic event stops being one and prefers to be anything rather than return to be Onmyouji. After that some events happen, and he meets Benio, a girl he doesn't get along with at all but obviously as the series progresses that changes.

In the end, by working together they earn the title of "Exorcists of the Twin Stars", and are destined to marry to have a son who will be the ultimate spiritual warrior.

Elfen lied is a series that does not expire with the passage of time. Throughout its thirteen chapters we can reveal scenes of gore and sexually suggestive images but perfectly mixed with a plot that revolves around extreme violence and romance.

The anime shows us the story of a girl named Lucy, who is a Diclonius, a genetically modified species that shows us a being with two small distinctive horns and telekinetic powers, that coupled with the ability to destroy almost anything with a series of invisible arms.

But there is one problem. She has lost her memory and will have to go through a series of events to uncover the painful truth.

Also Recommend: 16 Anime Like The Misfit of Demon King Academy

5. From The New World (Shinsekai yori)

A thousand years after our era, we find ourselves in a small, quiet village in Japan. People are born with a power called "Cantus". The power of telekinesis. As children they will go to school to learn how to control them. We meet a group of 6 children, until one day, one of them disappears and the others don't remember her, it's like she was never there.

From here we begin to see that this town hides more things than it seems. The children after an excursion in the forest begin to investigate and discover more about the town…

A strong mysterious anime similar to Mob Psycho 100 that will keep you entertained throughout.

Also Recommend: 15 Anime Like The God of High School

More Similar Anime shows to watch if you like Mob Psycho 100: