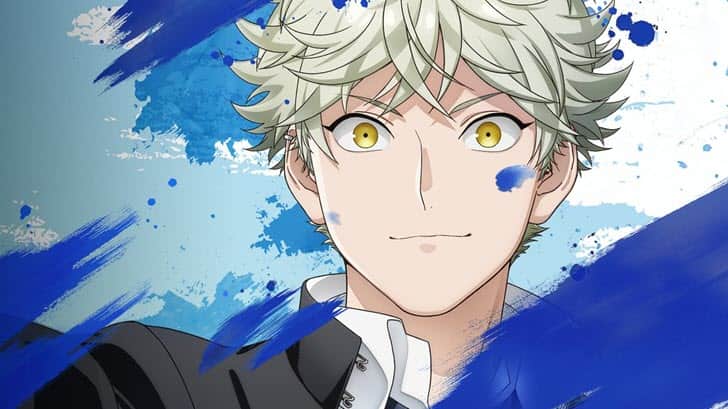 Blue Period is a fulfilling anime that will help you take a look at your ambitions and make you ponder if you are on the right track. The story is about a school student named Yatora Yaguchi who is searching for that one thing that can provide meaning to his life.

One day he stumbles across the beautiful landscape of Shibuya and it motivates him to get into the world of arts. But it won't be so easy and he has to overcome numerous obstacles including convincing his parents about his passion.

Just like the way, Blue Period tells a story about finding your own journey here are some other anime that will also do the same.

This story is about Chihaya Ayase who has been in her sister's shadows for a long time. This changed the day she met Arata Wataya in her school and got introduced to karuta. It is a competitive card game that challenges her and she falls in love with it.

Many years pass after that but Chihaya's passion for karuta remains. She wants to establish a competitive karuta club and has to find other players who share the same passion. Just like Blue Period, here you will see the main character discover her true passion.

People expected that the talented calligrapher, Seishuu Handa is naturally a cool and calm person. But his anger issues are soon revealed that makes him shipped to the Goto Islands far away from Tokyo.

Seishuu expects that now he can practice his calligraphy without any worry but his neighbors have some other ideas. Similar to Blue Period, the protagonist will learn the real meaning of following your goals in life.

Haikyuu is a story about Hinata Shoyo who aspires to become a volleyball player. His inspiration is the Little Giant who despite his small height took the high school volleyball world by storm.

Hinata decides to go to the same school, Karasuno High as his idol and finds that his rival, Kageyama has also taken admission there.

Now, it is going to be a challenging task for Hinata to combine with Kageyama since he is the setter for the team. Both these anime have a main character that chases their goals while crossing the obstacles in their way.

4. Smile Down The Runway

On one side, we have Chiyuki Fujito who dreams of participating in the Paris Fashion Week and represent her father's modeling agency. On the other side, we have Ikuto Tsumura who is an aspiring fashion designer. While Chiyuki lacks height to be a successful model, the lack of resources is standing in Ikuto's way.

So, when these two characters meet each other they deiced to make their own mark in the world of fashion. As we saw in Blue Period, here also the characters will find their own way in life and not ley anything stand in their way.

Also Recommend: 50 Anime Where The Main Character is OP But Hides it

5. Keep Your Hands Off Eizouken!

This story stars off with two friends named Asakusa and Kanamori. They are completely opposite to each other with Asakusa being more imaginative and Kanamori being more calculated.

But when Asakusa meets the young model, Misuzaki, Kanamori senses an opportunity and proposes to set up a motion picture club for creating animations.

Thus begins their new journey in the animation world that is going to leave quite a mark on others. If you loved Blue Period, you will find a similar taste here too since it will tell you to pursue what you love.

More Anime shows to watch if you liked Blue Period: