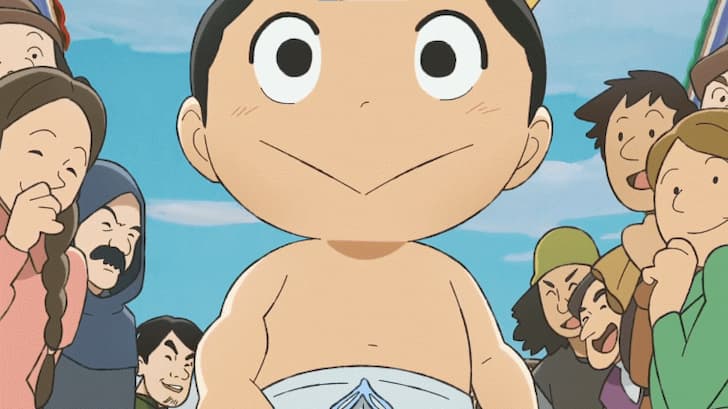 Prince Bojji is in a tough situation as a king. A ruler must have sharp eyes and ears with Bojji lacking in that exact department. This is why the people of his kingdom constantly mock him and call him the Useless Prince. But the universe sent him a friend in the form of a shadow creature.

It was Bojji's immense willpower that made him friends with Kage and begins his journey of becoming the best possible version of a king. Ousama Ranking is a beautiful anime that shows the journey of Bojji.

If you are looking for other anime like Ousama Ranking (Ranking of Kings), then check out these recommendations in the below list.

1. To Your Eternity (Fumetsu no Anata e)

An orb has been launched towards Earth known as It. It has the power to change forms depending on the reflection captured by it. While traveling it takes the form of a rock and moss respectively. It stays in that form for a long time until it changes into a wolf and returns to its owner.

The owner is a young boy who is waiting for his tribe to return from paradise. When they don't return after a long time the boy decides to find them by himself and takes It along with him. To Your Eternity follows the journey of that little boy just like we follow Bojji's journey in Ousama Ranking.

2. The Heroic Legend of Arslan

This anime takes us back to the year 320 when the Kingdom of Pars was at war with Lusitania. Amidst this war we see the prince of Pars, Arslan going out to the battlefield in order to prove his might. But his father gets betrayed and their kingdom falls to Lusitania.

Arslan escapes his enemies along with the help of a trusted general and seeks for allies that will help him to take back his kingdom. Similar to Ousama Ranking, this anime is based around an empire setting with the focus on its prince.

The Abyss is a mysterious place within the depths of the earth that is filled with strange creatures and relics. The White Whistles are a group of brave people who have the capability to explore the deepest parts of the abyss. Riko is the daughter of a White Whistle whose mother has gone missing.

She is only allowed to explore the upper parts where she meets a robot named Reg. Determined to find her mother she decides to venture further with Reg into the abyss where a harsh reality awaits them.

As we saw in Ranking of Kings, here also the main character goes on a journey beyond her capability and proves others wrong.

4. Somali and the Forest Spirit

This story takes place in a world where the human world is occupied by demons, cyclopes and various other creatures. A war breaks out soon where the humans are absolutely demolished with very few of them surviving.

A long time after that, the Golem encounters a human girl in the forest. She leaves a lasting impression on it and the Golem takes the girl along to help her find her parents.

Just like Ousama Ranking, the two characters embark on a journey and meet with new people on their way.

Also Recommend: 11 Anime Like Tower of God (Kami no Tou)

Japan is under the influence of the Taira Clan which is well respected everywhere. But when a girl with an odd eye sees the impending fate of the Clan, the others think that she is disrespecting them. It is not taken lightly and her father receives the death sentence.

After some time the eldest son of the clan comes across the girl and learns about that unfortunate incident. She decides to take care of the girl as a means to atone for their clan's deed.

Heike Monogatari tells the story in a similar setting to Ousama Ranking involving Feudal Japan and kings plotting against each other.

More Anime shows to watch if you liked Ousama Ranking (Ranking of Kings):