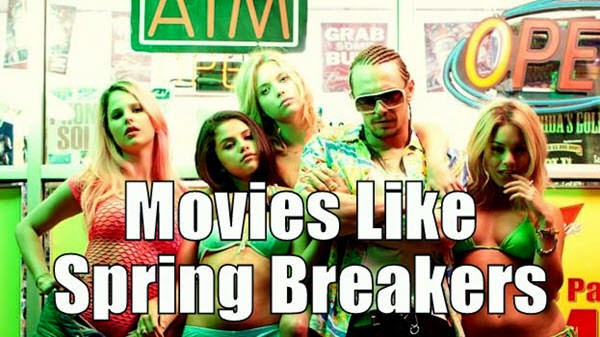 Spring Breakers is an 2012 American movie starring James Franco, Vanessa Hudgens, Selena Gomez, Ashley Benson and Rachel Korine. The movie follows four college girls on spring break where they get arrested at a wild party were bailed out by a drug dealer who descents them into use of drugs, crimes, and violence. If you like the teen movies like Spring Breakers which involves sex, drugs and crime find the recommendations for it below and don't forget to mention if we miss any other film similar to Spring Breakers as we keep on updating this list.

Havoc (2005)
Havoc is an 2005 crime drama directed by Barbara Kopple starring Anne Hathaway, Shiri Appleby and Bijou Phillips. The movie follows Los Angle's rich upper-class teenagers Allison and Emily who are inspired by the hip hop culture sets out to imitate the Gangsta lifestyle. They soon gets themselves involved with Mexican drug dealers and now have to face then consequences.

Thirteen (2003)
Thirteen is an teen crime drama starring Evan Rachel Wood, Holly Hunter and Nikki Reed in main roles. The film follows the story of thirteen year old Tracy who is now gets involved in drugs, thefts and sex after befriending Evie, the most popular girl in her school. Looking at Tracy's transformation her mother tries to separate both Tracey and Evie in order to stop her lifestyle changes.

Kids (1995)
Kids is a 1995 independent teen drama which follows Telly (Leo Fitzpatrick) an amoral teen whose goal is to sleep as many virgins as possible, the only issue here he doesn't tell them that he has HIV. One of the Telly's early victim finds out the truth and now is in search of Telly and saving other iunnoicent girls from the same fate as her.

Trainspotting (1996)
Trainspotting is a 1996 film by Danny Boyle starring Ewan McGregor, Jonny Lee Miller and Ewen Bremner. The film revolves around Mark Renton an drug addict who tries to clean up his addiction and start a new life in London only to realizes that its not as easy as he thinks it is.

The Bling Ring (2013)
The Bling Ring is a 2013 crime drama following a group of high-school students obsessed with fame starts tracking Celebrities in order to rob them for clothes, bags, shoes and jewelries.